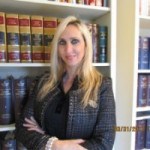 Attorney Takemori began her legal career in Washington, DC in 2001 while employed by the U.S. Navy, Office of General Counsel, posted at the Pentagon. She practiced in the areas of Civilian Personnel and Labor Law. While at the Navy, Gina assisted Senior Legal Counsel in defending the U.S. government against civilian employees’ EEO and discrimination cases at both the agency level and in Federal Court.

In 2004, Attorney Takemori founded the Takemori Law Firm LLC, a firm practicing exclusively in the area of U.S. Immigration and Nationality Law. The firm is a specialty boutique practice dealing mainly with business immigration issues. The practice focuses on foreign investors and entrepreneurs who are seeking to incorporate new entities in the US and employ their key workers under one of the non-immigrant employment-based visas: the E1 Treaty Trader or E2 Treaty Investor L1A or L1B Intra-company Transferee visa programs. The firm has a strong area of practice in the EB-5 Investment Green Card Program as well.

Gina speaks English, French, Indonesian and Balinese and is conversant in Spanish and Japanese and is currently learning Hindi.

Attorney Amy Yergey is serving as Special Counsel and she brings more than sixteen years of exclusive U.S. Immigration Law experience to the firm. At the Takemori Law Firm, Attorney Yergey focuses mainly on Employment based non-immigrant visas, such as E-1-E2, L1A, L1B, H-1B, TN, as well as EB-5 Investor visas. She is licensed in Maryland and is also a member of the American Immigration Lawyer’s Association. Amy is fluent in English and Spanish.

Tsuyoshi “Lee” Takemori is a native of Japan and holds a Bachelor of Arts in Sociology from the Matsuyama University. Mr. Takemori has dedicated his life to the practice and training of martial arts, and is a champion karate fighter, who has been featured in numerous international karate publications. He won the coveted K-1 Karate Japan Open and is the subject of a champion karate video, and is featured in a book and movie entitled “Uchi Deschi in America”. He trained exclusively in the US under the guidance of Saiko Shihan Y. Oyama. He has over 20 years of experience as a top level karate instructor.
In addition to his life as a Martial Arts Instructor and guru, he assists the Takemori Law Firm in the area of Asian Client Development. Mr. Takemori is a native Japanese speaker and is fluent in English. 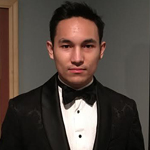